POC celebrated it’s First Anniversary at the Parkway Grill in Pasadena, California on September 1, 2017.  Since its founding exactly one year earlier, the firm has added two attorneys and three staff members. A special menu was prepared by the super staff at The Parkway and a great time was 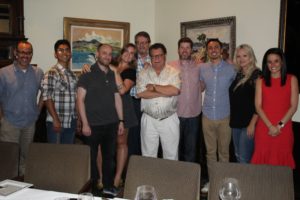 had by all as we entered into the Labor Day weekend.